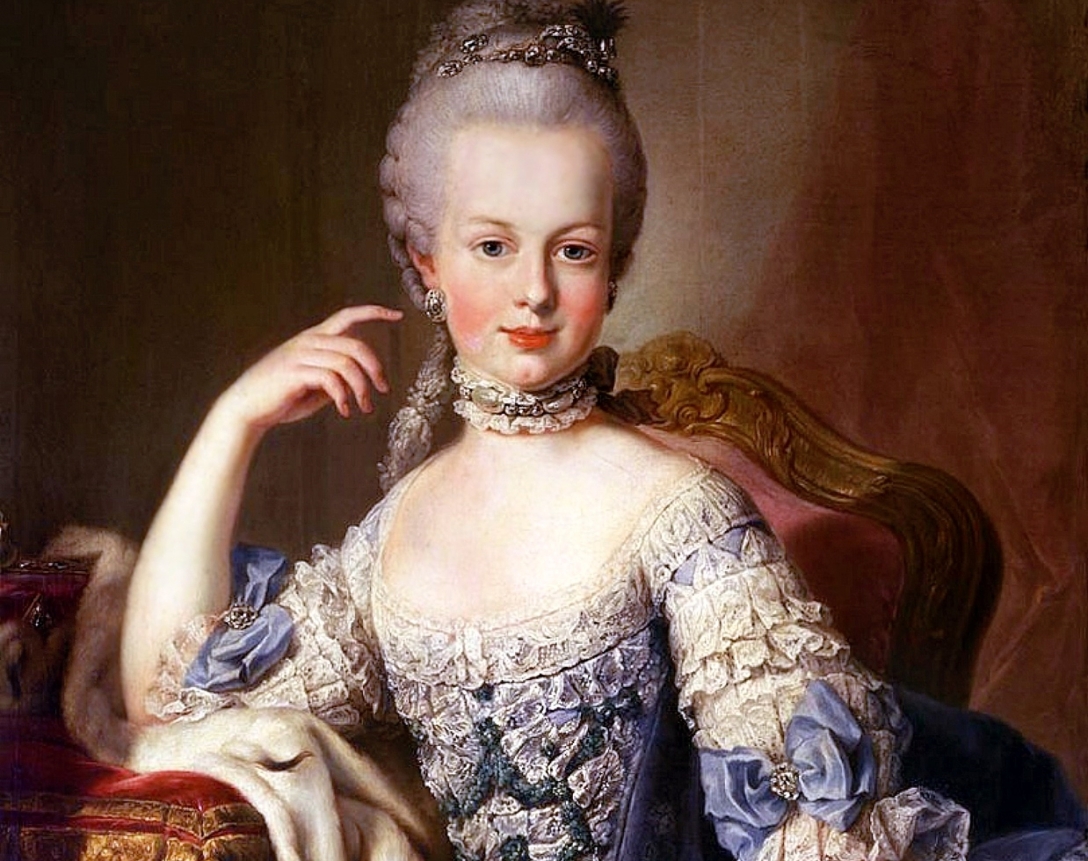 Being royal would be fun. You’re rich, powerful, and have a bunch of people to do everything for you. But if you’ve ever seen Spiderman, you’d know that with great power comes great responsibility. That might be why ruling a kingdom or running an empire can make people a little cray cray.

Disclaimer: It’s worth noting that some of these things may not have actually happened, and instead might just be rumours spread throughout a monarch’s reign, or history written by biased sources. Either way, these key figures were still pretty extra.

Okay, okay. I know Mariah isn’t a royal per se, but she’s still my Queen. Known for being a diva, she certainly lives up to her reputation. She had her legs and vocal chords insured for a combined $93 million. Once on a talk show, she had two producers help to lower her onto the sofa to prevent creasing her dress. Recently on her show Mariah’s World, Mimi was shown making her employees wheel her to the stage in an office chair. It’s also reported that she gives her boyfriend $33,000 a month to buy her presents, and allegedly once had eleven bodyguards surround her table in a restaurant so no one could see her eat. A true icon.

Caligula has gone down in history as a cruel and sadistic tyrant of the Roman Empire. On top of this, he was the epitome of OTT. Caligula not only considered himself a God (going so far as to have a temple built honouring himself), but would actually dress up as his favourite Roman deities, complete with wigs and props. We love a drag queen. He would also ‘talk’ to the Gods, such as the spirit of the ocean and the moon. Kind of like Bear in the Big Blue House. Caligula would also bathe in gold, drank pearls and wanted to make his horse Incitatus a consul. He passed a law to forbid any mentions of goats in his presence because he was hairy, and another that forbade people to stand over or look down on him to prevent people seeing his balding head.

King Henry VIII is one of the most well-known figures in English history, and most of you will be familiar with what he got up to during his reign. However, the fact that he established a whole new church in England just so he could divorce his wife, Catherine of Aragon, earns him a place on this list. The dude went through six wives in his quest to produce a male heir. Fun fact: Henry VIII also had 55 palaces and a collection of over 2,000 tapestries.

The last Queen of France, Marie Antoinette is the figurehead of the bourgeoisie that people grew to resent, leading to the French Revolution. Many blamed her lavish spending for the country’s financial crisis, earning her the nickname Madame Déficit. Although she wasn’t the only royal to blame, she was definitely a bit willy nilly with her money. For example, she commissioned the construction of Petit Hameau, a little fantasy village retreat where Marie and her gal pals would go and pretend to be shepherdesses or milkmaids. Speaking of extra, her iconic pouf hairstyle would sometimes reach over four feet tall, and was adorned with feathers, jewels and even a replica of a ship.

This dude definitely had a military fetish. He would force his wife to dress up as a solider and do military drills for him. Also, according to his wife’s diary, Peter III would spend every night playing with his toy soldiers. He loved them so much, in fact, that he conducted a full military trial of a rat he found nibbling on one of the toy soldiers. He ended up sentencing the rat to death, and had it hung in miniature gallows he had specially made for this incident.

One of the stranger historical figures on this list, Charles VI was also known as Charles the Mad. He was known to run around his castle pretending to be a wolf and would howl at people. Charles was also under the impression that he was made of glass. This meant that he was terrified of people touching him, and he would sometimes not move for hours. To prevent himself from shattering, he had iron rods sewn into his clothes, which would have been horrible for his subjects, who had to cut him out of his clothes because he refused to bathe. He even once killed a few of his own knights after a page dropped a lance when they were travelling.

You might’ve thought that Charles VI killing his own knights over a dropped lance was bad, but Justin II was much worse. It’s said that he would not only violently attack his servants, but would bite them on their arms and head. There are also claims that he might have eaten some of them. When he wasn’t busy abusing them, his servants would race him around his palace on a throne with wheels to keep him amused. A good strategy to not get eaten. 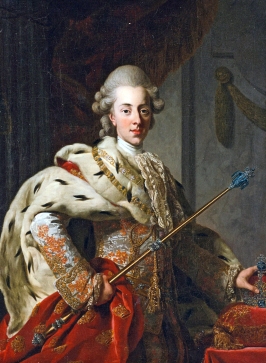 Could you imagine if our Prime Minister was sixteen years old? Government officials in their 60s and 70s are awful enough. Well imagine having a sixteen-year-old King with the maturity of a nine-year-old. Christian VII is known for throwing food at dinner guests, leapfrogging over people when they bowed to him, and slapping people across the face for no reason while they spoke to him. Honestly, that’s probably how I’d be as a royal. On top of this, Christian VII suffered from chronic masturbation, so much so that doctors were worried about him. I would be worried too, given that he should’ve been spending his time, you know, running his kingdom.

During World War II, Egypt was occupied by Great Britain, and many Egyptians (including King Farouk) were sympathetic to the Germans and Italians. He even went so far as to send Adolf Hitler a telegram to let him know that an invasion would be welcome. Apparently, he also stole a watch from Winston Churchill. This was odd, given that he was quite a rich man – so rich that he ate caviar straight from the can. He would drink 30 bottles of soft drink a day, and after he fled Egypt following a military coup, it was discovered that King Farouk possessed one of the largest porn collections in the world.

Like previous Roman emperors on this list, Nero was known as a bit of a douche. He may or may not have had the Great Fire of Rome started to make way for a new palace, wiping out about 75% of Rome in the process. He then went and blamed it on Christians and started burning them alive. Nero also apparently forced a man that looked like his ex-wife to marry him. This was odd considering Nero murdered his ex-wife. He also made this man dress in his exes’ clothes and act like her. Luckily for his boy toy, Nero didn’t kill him as well.

Some of the monarchs on this list have eaten some strange things, including their servants and caviar straight out of the can. However, Princess Alexandra of Bavaria takes the cake. Or rather, the piano. Because it was a grand piano made of glass that she insisted she swallowed as a child that remained inside of her. Same. She was also fixated on cleanliness, and would only wear white. Amber Sherlock wouldn’t be impressed. “Princess Alexandra, we can’t all be wearing white,” she would say. 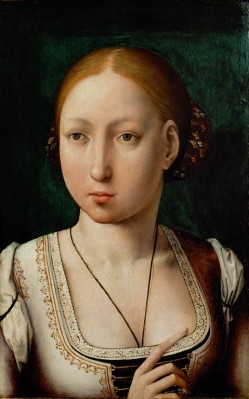 Just like everybody else, I’ve always entertained the notion of being a royal. Obviously, unless I have royal connections I don’t know about, my only option is to marry into the royal family. Although reading about Queen Juana I, I’m not sure if that’s a good idea. After her husband Philip the Handsome (King of Castile) died, she would have his tomb reopened so she could look at his face. During an outbreak of the plague, she had to flee the town and demanded to take Philip with her. She would also apparently kiss and caress his corpse. I guess this is a timely reminder that if you love something, you should let it go.

None of the other royals on this list have anything on Qin Shi Huang. The dude had over 200 different palaces. This was handy, because he never slept in the same place twice; he was a little paranoid that he would get assassinated. He was also scared of giant sea monsters, too. Oh, and terrified of dying. Existential much? So much so that he actively looked for ways to become immortal and sought after the mythical elixir of life. In fact, he actually died from ingesting an ‘elixir’ (mercury pills) given to him by his alchemists. It was lucky he had ordered the construction of his own tomb then! It had replicas of towers, palaces, rivers made of mercury and about 6,000 terracotta warriors. Now THAT’S extra.